Italy and its food are on top of the world 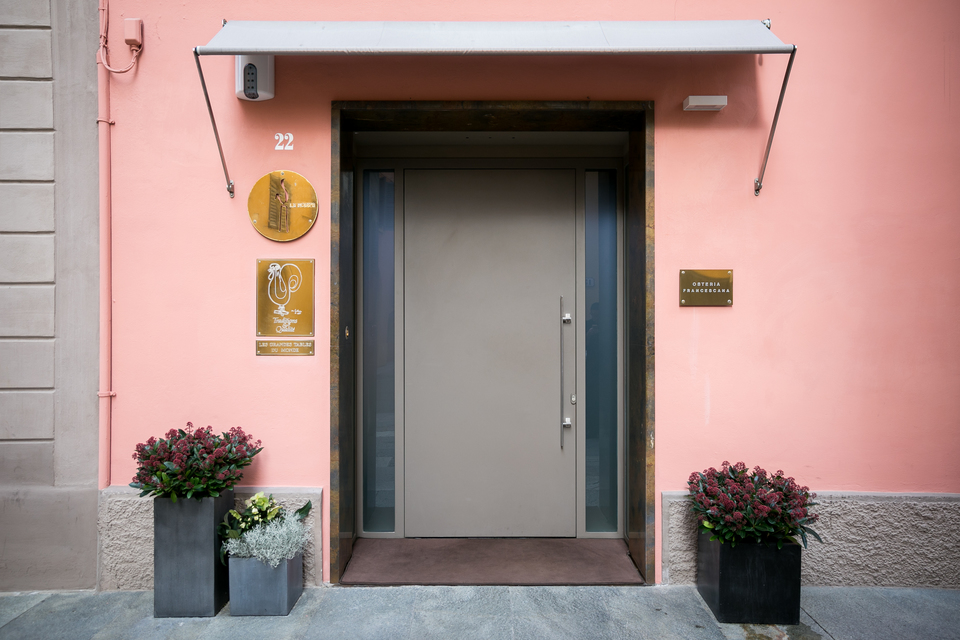 What is the best restaurant on the planet? According to San Pellegrinos Worlds 50 Best Restaurants itsOsteria Francescana.The honor is well deserved. Chef Massimo Bottura and his phenomenal team have worked together for many years with a humble attitude, a penchant for funky creativity and natural talent.A few years ago I had the opportunity to visit Osteria Francescana with one of Le Baccantis clients. I fell in love. I had just experienced tasting the best Tagaliatella al Rag of my life. Soon I discovered other creations on the menu to admire like the Croccantino of Fois Gras with balsamic vinegar heart.A year later I was invited to London to introduce the new Cecchi Winery Super Tuscan wine Coevo to the British press and some MWs. I had six wines starting with a 1989 vintage to a new release and Massimo crafted a dish to pair with each wine. People were in awe for his laid-back approach and high level performance. The same night we were both meant to attend a gala dinner. I decided to sneak out to catch up with some London friends at a dim sum house. An hour and a few pints in a man with a black hoodie walked in the door. He goes straight to the counter to order almost every dim sum item on the menu. When he turned around I saw that it was Massimo! Over a ton of dumplings, he explained his idea of making a cotechino a Modena special New Years Eve fresh pork sausage and lentils stuffed raviolo. His idea became a reality and what resulted was an Italian dim sum dumpling!Last April during my visit to Osteria Francescana Massimo was in the most motivated mood. When were leaving the restaurant after a delicious meal he told me that We are living in a great moment, we are making history here. He hugged me and as he dashed off he said, I gotta go talk to the priest about the mensa for the homeless in Modena!I cant hide how proud I feel for an Italian chef the caliber of Massimo to receive this well-deserved recognition. A toast to Massimo and his team. And to the long line of guests waiting to get a table I say, dont give up. It is worth the wait!Should you not be able to make it while you are visiting, dont worry because on the 50 Best list there are another three great Italian restaurants: in 17th place is Enrico Crippa of Piazza Duomo on Alba, in 39th place is Le Calandre, and in 46th place is Combal Zero in Rivoli. Aside from these, there is an infinite list of Michelin star restaurants and old school Trattoria where you can feed your tummy, soul, and mind with delicious bites!