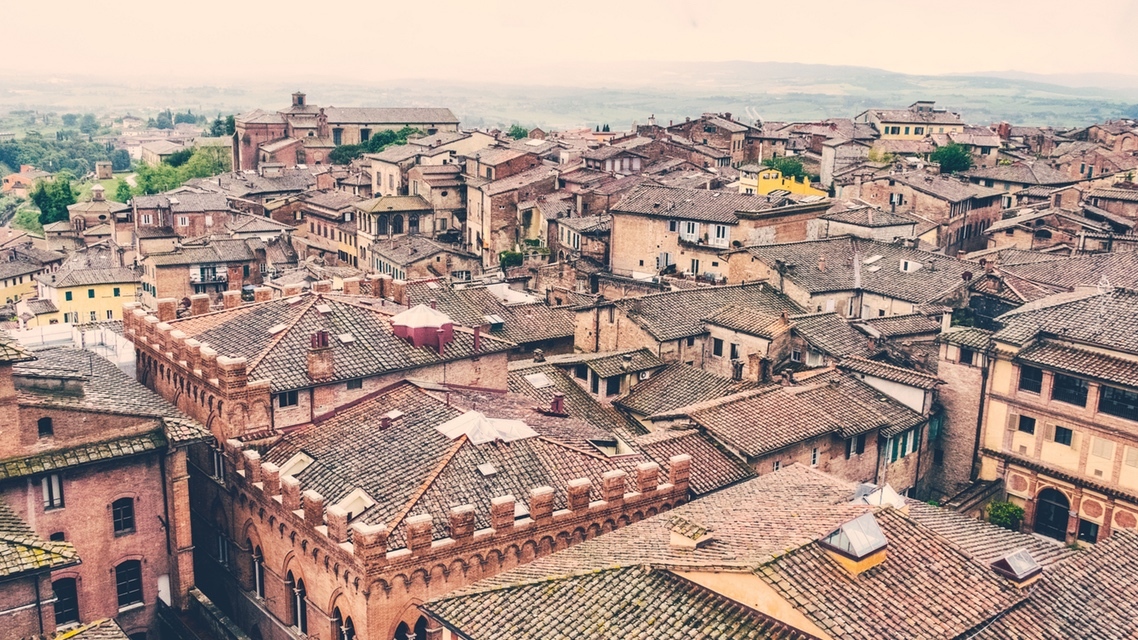 Most tourists heading for Tuscany visit Florence, Siena, or Pisa. But Tuscany has more to offer than the great cities; smaller and less well known towns show a different side of Tuscan life and have their own, individual characters.Lucca, a tiny cathedral city in the plains of the Arno valley, is still surrounded by its high defensive walls. It is a treasurehouse of Romanesque art; the cathedral contains the Volto Santo, an ancient crucifix that drew pilgrims from all over Italy, while San Frediano has a massive carved font showing the story of Moses. Winding streets of old houses in pale orange and pink end in towering white marble church facades, and the massive brick Tower of the Guinigi family dominates the east of the city.Barga is a short bus ride away from Lucca, but a more different town cant be imagined; its high up in the foothills of the Apuan Alps, which in the middle ages were full of wolves and bandits. Steep streets and narrow alleys run upwards to the gleaming white church. Bargas food comes from the mountains chestnuts, wild boar, and forest mushrooms and even when the sun shines, its cooler than the cities of the plain below.Another city with rough edges is Volterra, sited dramatically on a rocky ridge, overlooking untamed, arid country; it feels a little like Tuscanys Wild West. Here the Etruscans operated mines, and the Guarnacci Etruscan Museum contains many examples of their metalwork, as well as a large collection of funerary urns, many with uncannily vivid portraits of the deceased.In keeping with Volterras rough exterior, its fine Renaissance fortress has become a state prison, but it springs one surprise on the visitor. It now contains a highly rated restaurant where the cooks and waiters are all prisoners. Bookings need to be made well in advance and there are strict security checks on the way to the table.Chiusi is another hill town with Etruscan roots, and is surrounded by Etruscan tombs, many exhibits from which are now in the towns museum. Its most interesting exhibit, though, is a set of tunnels under the city, known as the labyrinth, but in fact dug by the Etruscans for drainage.Some of Tuscanys towns take you back to the Middle Ages. Monteriggioni, not far from Siena, is perhaps the most perfect example of the Tuscan walled hill town, its majestic walls and towers dominating the valley below. Inside, though, its nowadays little more than a village, with attractive gardens and elegant Renaissance houses.But if its towers you want, visit San Gimignano. Its medieval noble families feuded perpetually, and each family built its own fortress; fourteen of the towers still survive. The towns main church has Renaissance frescoes, and theres a good gallery of Renaissance paintings. Wine lovers will want to track down the local vernaccia wine, crisp and dry.Further south, in an area little known by tourists, Pitigliano and Sovana are two ancient towns linked by an Etruscan chariot route which can still be followed across the plateau. Pitigliano, a town built in creamy stone on a ridge above the valley of the Fiora, is known as Tuscanys Jerusalem, since it provided a refuge for Jews fleeing persecution in the Papal States; the synagogue is open to visitors, though few Jews now live in the town. Many houses in Pitigliano have wine cellars that were dug by the Etruscans, while Sovana has well preserved Etruscan tombs.An unusually complete Renaissance town is Pienza, named after its founder, Pope Pius II. It is a logical planned town, centred on its main square with the cathedral, the palace of the popes family, town hall and bishops palace, each taking one side of the square. The architecture is pure and delicate in style, and the whole town seems to be a perfect miniature it was hardly more than a village when Pius decided to rebuild it.Cortona shows a different side of the Renaissance with paintings by Fra Angelico, and two elegant small Renaissance churches. The town, though, is medieval with its steep narrow streets and tall houses perched on a steep hillside, and medieval customs still survive theres an annual archery contest in June, and processions in medieval costume in May.Florence may be a honey pot for culture vultures, but Tuscanys smaller towns can offer just as many interesting cultural experiences, in a more relaxed and less crowded atmosphere.